Any human subrace that is not of the Heartlands or the Highlands—which is to say, any human from a far-off or exotic land—is called colloquially a "Farfolk". As such, they have various different shades of hair, skin, and eyes, and have numerous sub-races relating to the lands they originally hailed. 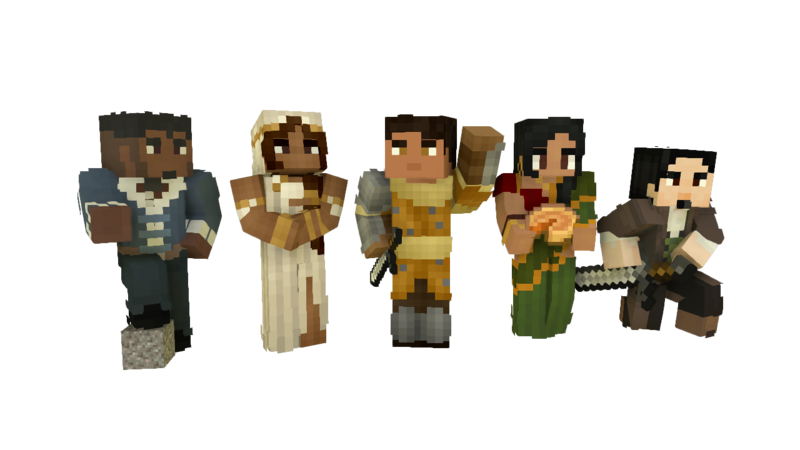 Although Farfolk features vary more than any other kind of human, they are more typically darker-skinned than their pale Orennian cousins. Their hair color can range anywhere from the more typical black to a platinum blonde and have a similar range of eye colors (blue, green, amber, hazel, and brown). Their physical construction varies wildly as well, with different facial and skeletal structures, cluing them from different regions of the world.

Although Farfolk has the most genetic variation within their sub-type than any other racial sub-type, they are mentally and physically very similar to their Highlander and Heartlander cousins in abilities. In characteristics, they range from really what one would type as any non-white European race if to be compared to real-life humans.

Farfolk, like all humans, can live to a maximum of 150 years and mature at about age 18. They, like other humans, can show age gradually, or still appear fairly young until about 80 years of age, depending on genetics. They do, however, tend to age more gracefully than their paler cousins, and live longer in years in general, as they live much less pressed and ambitious lives in general than the average Heartlander or Highlander.

The curse of Farfolk is the same as all of Humanity: decreased lifespan. They make up for this by working hard and creating many progeny.

Although there is much variation, the artwork of the Farfolk is more likely to be stylized according to the aesthetic values of their particular cultures, usually typed by interesting and colorful mediums, using bright, exotic pigments that are typically only found among the most prestigious (or just wealth) Orennians. Their culinary arts are also highly varied, with foods that range from spicy to subtle, to the absolute bizarre.

The literature of the Farfolk is just as varied, for they have different languages—and even different alphabets. The most prolific language of the Farfolk that is seen is Qalashi, and perhaps the most well-known book in the language is the religious often called the Koran. The Farfolk are also well known for producing and categorizing many books; in fact, many of the most well-stocked libraries before the Grand Library of Dragur had been maintained by Qalasheen, due to their encouragement in learning.

The music of the various Farfolk is certainly different, edging to even atonal to Orennian ears. Qalasheen, and other sub-races that'd been geographically nearby—have a high amount of augmented seconds that type their music, and tend to use more modes than Orennian music prefers (which uses just major and minor for the most part). Easterners use entirely new scales and poly-tonal chords whose dissonance shows strength to them but is lost as noise to others. Southerons have complex poly-rhythms which might seem primitive to others due to a lower amount of pitches used—until they actually analyzed the rhythm structure.

The religions of the Farfolk are as varied as they are with every other quality. Those that worship can be especially devout, though even among them there is no pushiness to the religion. Most Farfolk do not engage in any sort of proselytizing, even among the most fervent of believers, as they find it to be pig-headed and rude.

The Farfolk had mostly been an outsider among their paler cousins until around Athera when Faiz Kharadeen had founded the Caliphate. Since then, the Qalasheen—and, by extension, the Farfolk—have had a metropolis to develop from and study largely unhindered by politics.

The Caliphate (now known as the Sultanate) has been the central hub and acting independent nation on the behalf of the Farfolk since Athera. Since the Migrate to Atlas, the Caliphate has grown weaker. The last remaining nations devoted to farfolks being the Caliphates successor, The Kadarsi Sultanate, and the Medri Negasi of Seyam