A proud and hardy race, Highlanders are a branch of humanity that dwell in the rougher corners of the world. Often found braving the elements in the far north, or battling threats on the frontier. Some of the toughest and most rugged heroes of humanity have emerged from the ranks of this proud people. Highlanders are typically larger than their fairer cousins due to the harsh constraints of their homelands only allowing the strongest to survive. It is not unusual for highlanders to sport copious amounts of facial hair, with some highlander cultures regarding this as a symbol of masculinity. Highlanders are fair skinned with hair colour ranging from blond to dark brown, some variations of highlanders have been known to dye their hair as a ritual for battle, however, this is not common. Highlanders usually display brash and aggressive personalities that are likely a result of the highly warlike and hierarchical societies from which they originate. Highlanders typically follow the standard aging of descendants of Horen, not living far beyond eighty (80) years of age naturally, yet the oldest reaching a hundred and fifty (150). Due to the harsh lifestyle of the highlander people they often meet death earlier than others. The Highlanders experience the same curse as the rest of the progeny of Horen, with very short lives.

Unlike their kin of the heartland, the Highlandish peoples are divided into extremes. The Raev, Kaedrini, Norlanders, and Hansetians are all so different, all so at odds, that its a miracle they can be grouped by historians into such a broad term. Each draws upon different ancient traditions, different styles of combat, different beliefs and tenets, amongst many other differing political allegiances. 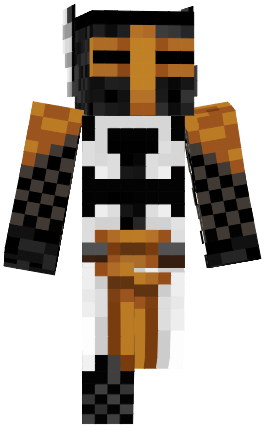 Hansetians: Drawing their descent from the Teutonic Order, which dates back the days of Aegis, the Hansetians are a culture of towering, warrior-like men who draw hair from the fair and dark spectrums. The Teutons eventually mingled with the common northmen and eventually the race of the Hansetians would hold to be the basin in which all northmanic culture would spill from. In one stream, the Waldens would form and emerge as the holder of the Kingdom of Aesterwald, crowning themselves Konigs under the House Rovin. These men, once faithful of the Church of the True Faith, are known to be frivolous in devotion to God although differing in belief and dogma to the Canonist Church. They've also led to the emergence of other northern cultures such as the Siegradan (a mix between raev and Hanset cultures). 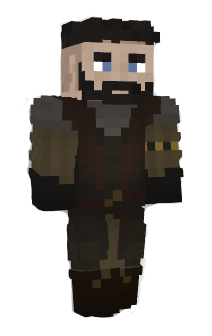 Haeseni: The Haeseni people (also known as Edlervik in their native Naumariav) are ethnic natives of the Kingdom of Haense, most dominantly bearing black, dark brown or dirty blonde hair and bright blue eyes, sometimes brown-ish or green, and fair skin. Their identity can be traced to the end of Schismatic Wars in the late 1400s, where the recently-conquered Hanseti were subjugated by a new Raevir governing elite. Historically, the recognized 'beginning' of the Haeseni is the coronation of Petyr Barbanov in 1579 to the thrones of Hanseti and Ruska, later shortened simply to Haense. However, in years prior to the coronation, the upper class of the mixing Hanseti and Raevir cultures had begun to mold unique customs and legal systems, and especially following the disastrous War of the Ducal Confederation of the late 1510s, began to associate themselves as natives rather than Raevir settlers. The unified culture of the 'haeseni' thrives when enforcing its traditions of rough militant life, honor, and family. They are known to sternly disapprove of external influences that encroach on their culture, especially that of modernist heartlander reforms. 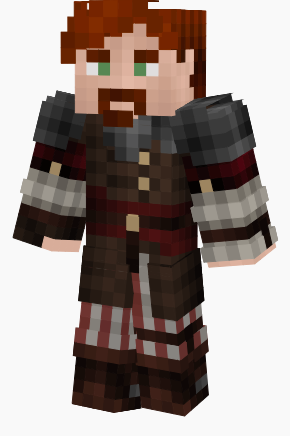 Kaedrini: (Taken from the Kaedreni Scirpt, Written by the Byzabro) Unlike their Aegisian counterparts, the origin of the Kaedreni people had not come from the world of Aegis, nor are its people an ancient ethnicity stemming since the beginning of recorded time. Kaedrin, formed from the fires of the Malinorian Wars, was a kingdom that expressed the same ideals of tradition and simplicity that couples its people into the Highlander people. The Kaedreni people are considered successors to the once proud Kingdom of Gaekrin, located in northeast Aeldin. After the plague known as Zitoun’s Revenge, the kingdom disintegrated and fractured, most of the more prominent families fleeing in all directions. The Chivay family arrived in Asulon as a result, and brought with them the cultural aspects of their Aeldinic ancestry. When Kaedrin was granted to Peter I, those same aspects were revitalized and expressed once again, and the Kaedreni people once again saw a rapid revival. 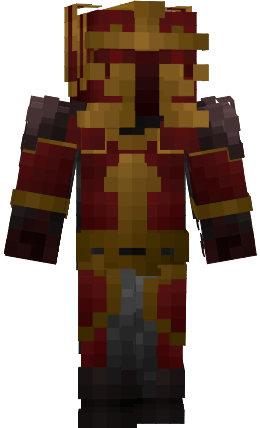 Norlanders: Descended from the Narvauk and Lakian peoples, they became a true distinguishable highlander subset in Anthos. The Norlanders follow the Red Faith instead of canonism like most other human nations do. Norlanders are known for being proud and honorable with a strong desire for their independence. Norland folk are fair skinned with hair ranging from dark brown to light brown. A hardy and noble people the Norlanders usually reside in the most dangerous of locations preferring cold mountaintops to create their impenetrable fortresses.

Raevir: A culture birthed from the ancient highlands among its deep river networks, the Raevir experienced a great renaissance and dominated the political field of Oren in the realm of Anthos and from thenceforth spearheaded Highlander culture among its many noble houses and their cadet branches. Their first bastion of power, the Krelmstad once overlooked the bustling city of Kralta which housed a wide range of peoples. The raev, in the Old Age, focused on teamwork and unity versus individuality of the soul. Their social structure was unlike the other cultures of Man which possessed unified militant doctrine. In opposition, the raevir were defined by their serf class, called strelts. These peoples ranged from agricultural farmers to steel smiths. Each contributed to the community and each owed loyalty to their lord. The raev man, or woman, is defined by brown hair, sometimes favoring darker shades. Their skin is fair, however strelesy often possessed darker, more tanned complexions due to working the field. Their Great House can be identified in the House Carrion.

The Humanities and Arts

The stereotype that highlanders are artless people is a shame. They often dabbled in art forms involving great religious scenes, (see Bogdan and the Scrolls), they've also embarked on great feats of writing, often recounting the political history or makeup of Oren in volumes.

Highlander music often consists of stringed and flute instruments, sometimes, however, drawing upon the drum. Voices, often a singular toned speaking voice, is employed by highlanders such as the raev to add intricate lyricism into their music whereas a Hanset might add with their deep voices a wide range of tones, often chanting. Music, in Highlandic cultures, is often associated with marching in war or with the merriment of a tavern or fire. This, in turn, leads to many drinking songs and many war songs, however it would be stereotyping the highlander man by saying he could only dabble in such barbaric fields. Many great composers (such as the Burgundian Bard), along with great ballads, have come from this massive sect of Man.

Whereas, literature, is a very defined aspect among the nobility of the Highlanders. The aristocracies have produced great chroniclers of history and great tellers of tales. Among the common folk, literature is often passed by word of mouth around the fire or through social gatherings. The highlandic clergyman is often associated with their skill in word, being a proven wordweaver is often necessary to win the hearts of the heartlandic brothers in faith. Overall, the Highlanders possess great abilities for folk tales of great adventures, but more specifically tales of history.

In the past, the Highlanders have been dominated by religious beliefs. In the Kaedrini culture, the belief of 'Lucienism' once dominated. In comparison to Modern Lucienism, developed by the proto-Aesterwaldians, this Lucienism was marked by human dominance and fueled the war machine, the beliefs, that was the White Rose. The Hansetians, possibly the longest opposer to Orenian mainstream, worshipped the pagan goddess Celestia before converting to the Church of the True Faith. In the Raev, the old faith of Ruskan Orthodoxy was molded amongst the aristocracy and clergy. In the aftermath of the Horenian Exodus, the Raevir forged this religion in opposition to other denominations and, in future years, most directly opposed the Order of Saint Lucien. Ruskan Orthodoxy, perhaps the most important contribution of Highlanders to the Faith of Man, was a key component in molding the modern Church of the Canon. The highlander cultures were once pitted against one another, in the Great Schism. A war between the Canonist League, spearheaded by the Pontiff Daniel I (a former Carrion) clashed against the Schismatic Aesterwaldian-Rovin state, which sook to remove the Carrionic Hegemony from the Church. The Schismatics failed, and Canonism now unites most Highland peoples. Though in the Norlandic culture, the Red Faith has been prominent as its main religion throughout its history.

Also known as Haense, home to the haeseni. The largest Highlander community in Arcas, situated in the Sleetfells of the far South.

The successor state to the Duchy of Morsgrad and thus home to the norlanders. A densely populated region of highlanders in Arcas, situated to the east of the Renatian capital of Helena.