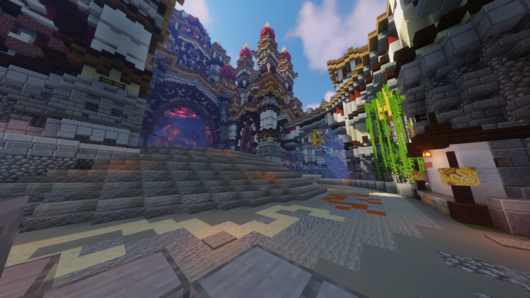 The Cloud Temple of Almaris.

When first exploring Almaris many travelers find themselves waking up within the Cloud Temple, an isolated fortress tucked within the northern mountains & the home of the Wilven Sanctuary Monks. Unlike the other Cloud Temples of realms prior, no roads led in or out of the temple grounds. Instead, Fast Travel Hubs were installed for descendants to quickly move between different hubs of the realm.

Locations of The Cloud Temple

If you follow the cloud temple path northwards, you would eventually come across four looming gateways. Each gateway represents a hub at each of the four cardinal directions. The north gateway leads to a location in The Frozen North known as The Rimeveld. The east gateway leads to a cave on the eastern coast of the continent known as Eastfleet. Two ships sit docked on the coast belonging to Oren & Elvenesse. The south gateway leads off of the main continent & onto a largely sized island off of the south shore known as The Kharasi Oasis. Lastly, the western gateway leads to the dense jungles called The Idols Garden, named after the statues of idols built to ward of The Nightmare.

Each of the hubs at the four cardinal directions have large quarries that are capable of amassing at least four-hundred blocks per thirty saints minutes. In the Rimeveld a large diorite quarry sits buried through the tunnels of the public mine. If you follow the north road from Eastfleet you will stumble across the andesite quarry. Sitting in the middle of the hot desert in front of the Kharasi Oasis hub is the granite quarry & just right of the Idols Garden hub is a mine that leads to the largest stone quarry in Almaris.

Not only do the various hubs serve as a location for quarries but they also are the center point for roads leading to the multiple nations & settlements. The list of hubs & where their roads lead is below. 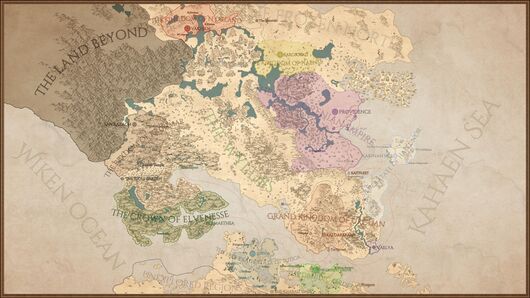