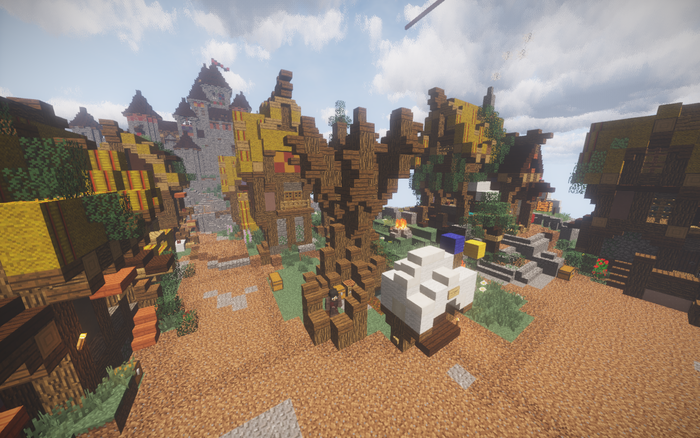 "Ruriksgrad, Capital of the Kingdom of Norland circa 1645"

Ruriksgrad was a previous capital of the Kingdom of Norland, replacing Vjorhelm. It was constructed in 1643, by Jory I. The city was the main settlement of the Kingdom in Atlas during it's time. It was inhabited primarily by humans.

Norland survived the pillage in Axios, if just barely. They first set foot in Atlas around the same time as the other nations. Having witnessed the defensibility of the Krag in Axios, Jory sent a retinue off to find an island. The scouts found two islands that had not been settled yet, at the southern end of Atlas. It was agreed upon that these would suite Norland's needs well, with one of the islands becoming Norland's capital. The kingdom set to work, tasked with the responsibility of building their new town. The construction and gathering lasted two years before the denizens were satisfied with their work. In 1645 the city was opened to the public and named Ruriksgrad. An Ashwood seed was planted in the town square, as per tradition for a Norlandic captiol to have an Ashwood tree. The Norlanders were finally at home, safe and secure in their steadfast friendships and belief in the All-Father.
After a few years of fighting the Kingdom of Arbor and Duchy of Curon, Jory abdicated the throne to his son Godden Ruric.

Coronation of Godden I

One of the most competitive elections within Norlandic history, filled with drama and constant slandering. In the end, after a long and hard year of constant campaigning, and dedication. Rodrigo ended up winning up a singular vote. 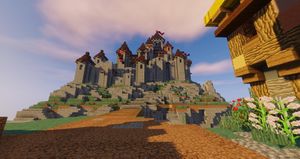 The Kings keep was located on the last island. It was a four-story building that houses the King and Queen, alongside the rest of the members of House Ruric. The First story was the location of the Royal Hall, as well as the Feast Hall. The Second story contained the prison as well as a single room, the third story contained rooms for all the members of clan Ruric. The Fourth story was where the King and Queen's bedroom was located it could be found at the very top of the tower.

The Town square was the center of Ruriksgrad, where grew the famous Ashwood tree. Surrounding this were large amounts of housing for the people of Norland to reside. Small shops could be seen just infront of the Ashtree.

The Church of the Red Faith was located at the western side of the town.

The Ruriksgrad military acted as the lawkeeping organization of the capital and the surrounding farmlands. Established along with the founding of the city, the group prided itself on preventing crime in the streets with the intent of a nonviolent approach if possible. The Rurikguard was closely tied to the Government with the Marshal being selected by the King himself.

The members of the Rurikguard were required to take an oath, swearing themselves to House Ruric. It was known as the Ashen Oath.

The majority of Norlanders adhere to the religion of the Red Faith and the teachings that Allfatherism entails.