Princess Mariya Oliviya of Haense (4th of Winter's Cold, 1704 - 17th of the First Seed, 1736) was the former Duchess of Vidaus, by marriage to Viktor I, and mother to his successor, Siguine-Otto. She later wed Prince Alexander of the Holy Orenian Empire after the untimely death of his third wife, The Empress Mother, Cesarina of Marna.

Mariya was born to King Robert I, and his consort Queen Elizabeth of Vidaus in Markev, Haense. Due to the sprawling age difference between the young Barbov dynast and her older siblings, she was never truly acquainted with any of them, and moreso with her nephews and nieces. In her infancy, Mariya found herself motherless, as Elizaveta was brutally slaughtered by one Andrik Tosali, an avid resenter of the Haeseni crown. Shortly thereafter, in order to preserve the dependable child's life amidst a brief chaotic period, she was sent away to a convent in the Aeldinic Principality of Venerra, a holding of the House of Grimm.

But a year after, a bird arrived at the sisterhood, declaring the revered King Robert as deceased. The news affected Mariya meagerly, as she was much too young to truly comprehend the drastic consequences it would take on her life. As requested by her elder brother Crown Prince Marius, who was crowned soon after, Mariya was tutored beneath the Mother Superior, not in the fields of etiquette, but in literature and politics. According to Mother Wilhemina, a pre-adolescent Mariya 'lacked the confidence and poise of a Barbanov princess, yet retained the sharpness of one'. Such reigned true, as she never failed to attend a lesson.

As she aged twelve, much to her confoundment, a missive addressed to her reached Venerra, summoning her back to court. The voyage to Arcas was arduous, taking a heavy toll on the sickly girl's frame. Nevertheless, after five Saint's months of travel, she was introduced to Haeseni Court. It is attested by the servantry that the disheveled girl was not shown around the city, nor introduced to her foreign siblings initially, but instead immediately shown to her quarters. 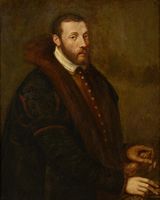 Viktor I, Duke of Vidaus

It was then that the Princess was introduced to her first cousin, the Baron Viktor of Rostig, heir to the Duchy of Vidaus. They became quick friends, and Mariya briskly fell enamored with him; much to her surprise, the feelings were reciprocated and a betrothal was writ. Whilst made to be a union of duty in a declaration writ by Lerald of Carnatia, the Lord Palatine, it was of mutual agreeance.

After an extended betrothal, Mariya was wed to Viktor in a dull ceremony, attended by a plethora of Haeseni citizens, though not the remainder of her siblings; It is said some were in disagreement with the proximity in blood relations betwixt the two, and dutifully protested the marriage.

Her time as the Duchess-Consort of riddled with instability, her husband often being remiss of his official duties, much to her dismay. After the birth of her only son with him, Siguine, and his stillborn twin, a distraught Mariya sought refuge from her duties in the court of her late mother's friend, Angelo I, Count of Astorga. It was during this time that word was delivered to her that she was demoted in status, no longer bearing the title of Duchess-Consort of Vidaus, but Countess-Consort of Metterden. This led an infuriated Mariya to seek council from Andrew III of Haense who agreed with his aunt that an annulment would be the best course of action.

With haste, the princess entertained a meeting with the cardinal of Reza, pleading her case. It was during this point in her life in which she found comfort in the presence of Prince Vladrick of Rubern, who became a great confidant of hers, and some even have dared to say, a lover.

As she wandered the streets, she encountered her husband for the first time in years, who coldly wished to speak with her in private. He solemnly inquired why Mariya didn't wish to be wed to him, and why she couldn't offer him another chance, to which Mariya replied she did not love him anymore. A vexed Viktor rose, and swaggered out, labeling his estranged wife a harlot in his stead.

It wasn't until later that month in which she was woken from her slumber in a frenzy by a maidservant, who begged Mariya to attend to a riot in the square. Bemused, she drew a glance toward her slumbering child, before shuffling toward the city. A crowd had assembled in the square, and ichor perceivably stained the grounds. It wasn't before long before the Barbanov comprehended what had occurred, and she fell to her knees. Her husband and his brother had both dueled for the comital seat and had lost their lives as a consequence.

It wasn't before long that the young Dowager, but twenty-four and still in her youth, started garnering pitied glances by her fellow courtiers. Her niece, Princess Sofiya, who once condemned Mariya for her pursuits of dispensation, began tending to her. Unable to bear the attention any further, she began for Rubern, to speak with Vladrick. To her dismay, despite his prior utterances, the Prince only spoke of duty to her, and how his council wished for him to wed another. Out of hysterics, the overwhelmed woman proclaimed her love for the Alimar, for him too only avert his glance. 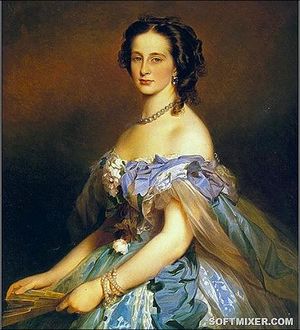 Heartbroken, and ashamed, the Princess returned home and penned a now-elderly Mother Wilhemina, pleading with the crone for advice. Again, she was reminded of duty. The woman quickly penned to an old friend from the nunnery, the Marchioness of Louvain, asking her for a place amongst her court. In but a few days, Mariya received an invitation to the Duchy of Alba: one that she accepted graciously.

To her relief, she quickly assimilated into the Courts of the House of Alstion, a welcomed change from the bustling theatrics of the Anions. In time, she grew to forget her troubles in the company of Arielle. It was then when she met Alexander Frederick, a hoary man past his prime; they became fast friends and even closer confidants. Some say he was reminded of his first wife, Princess Analiese of Haense, by the Barbanov. In the days succeeding the death of his third wife, Cesarina Louise, and consequently his loveless marriage to her, an elderly Alexander proposed to Mariya. Despite being stricken by surprise, she reluctantly agreed.

Regardless of the age gap, Mariya went on with the speedy betrothal to her confidant. The ceremony, while indulgent, was attended only by a select few, as both the bridegroom and bride did not wish for there to be grand merriment after so many unions. The Barbanov donned a white sack-back gown with one-foot panniers and a multitude of gilded items whilst keeping her hair in a traditional Haeseni braid.

But two years into her marriage, the Prince and Princess were bestowed their first child together. Upon first surveying his visage, it is said Mariya expelled a resounding shriek and commanded for the approximate servantry to evacuate the room. Her son, shortly thereafter monikered Adrian 'the Grotesque' of Alstion, was deformed and riddled with deformities. The matronly Barbanov would resent her husband for the years to come.

Following the establishment of the Orenian Protectorate, she and her husband would foster to the displaced Princelings Francis and Robert; despite their public identity as Ashes bastards, Alexander refused to deny his paternity. She would tend to them until her second pregnancy, which was riddled with instabilities and fervent fevers. Eventually, Mariya suffered a miscarriage on the 17th of the First Seed, 1736, costing her own life and presumably that of her child.

Princess Mariya wed the Duke of Vidaus, Viktor var Ruthern, in her youth; their marriage sired one living son. Later, she became the third legitimate wife of Prince Alexander of Oren, producing ilk.