Marus Demetrius, also known as Marius II, (16th of Sun's Smile, 1683 - 12th of Malin's Welcome, 1719)) called the Brash and by few the Weak, of the House of Barbanov, and was the thirteenth King of Hanseti and Ruska following the death of his father, Robert I of Haense in the year of 1707. He is most notable for taking part of the Nenzig Conspriacy that incited the rebellion called the War of Two Emperors after the Empire of Man's dissolvement and declaring Joseph Marna as Holy Orenian Emperor against the also newly formed Empire of Renatus. Though he'd later meet his fate upon his assassination in the year of 1719 being succeeded by his son, Prince Andrik Barbanov.

Marus Demetrius Barbanov was born to King Robert and Elizaveta of Vidaus in Krepost Palace in Markev in the year of 1683. Once he was born he was given the title of Grand Prince of Kusoraev, a tradition that Haense monarchs give to their heirs. While growing up within the city of Markev, he spent his time playing with the fellow noble children as any other child until the age of ten where his father had sent him to be a ward to, Emperor Augustus Horen, and tutored by Edward H. Morris.

After six years had passed, he would return to Haense to where he would begin his learning with his father. Marius would notice his father's success as he would begin to contribute by assisting his father within court along with ensuring the peace within his fathers Kingdom. While the Kingdom continued to flourish under his father, he would later attend the Crowsmoot of 1701, where he would accept an arranged marriage to Lady Valera of Adria. Within the next few months, the two would be wedded to one another joining both Carrion and Barbanov in great matrimony. Lady Valera would produce two daughters to him before the departure to Arcas and their landing at the new city of Haense. Though the marriage was a perfect match it would later result in great tragedy as Lady Valera had died in birth, resulting in the death of their firstborn son a few months after. As the next year came along, and now the death of his father, Marus would then succeed the crown of Hanseti-Ruska as King Marius II.

After the coronation in the 13th of The Amber Cold, 1707, King Marius began his reign by holding court where his vassals began their swearing. A month would pass until he is given reports of Pembroke, a vassal of Curon, settling within the lands of Haense up north of the city of Reza. He would later call for the King of Curon to his court to discuss upon the issue. As the date came he was stood up by King Wilhelm as he had sent a Curon envoy in his stead this would result into Marius calling for the King to come or meet with him elsewhere in order to discuss though it was quickly denied. The two nations seeming to aim towards the brink of war, Marius begins to notify the Emperor of the issue to be discussed in Imperial court. Allegations would be said from Curon during the Imperial court towards King Marius of him conspiring with Reivers and bandits to rage war though the rumor would be turned down by both Marius and the Emperor.

After two years, the two nations would form a treaty named the Warwick Resolution. [1] 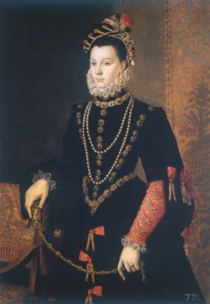 The Integration of Adria

The Duma of Adria in 1708 began where Paul II declared his abdication as Duke of Adria where he would then follow by nominating King Marius to be his successor. The Barons of d'Montelliano﻿, Myre, and Bessarabia, along with the Paul himself, convened and partook in an election: Marius then transcending as not only the
King of Hanseti-Ruska, but as the Duke of Adria as well.

The Trial of Yury

In the year of 1710, two years had passed since Marius was given the great honor of becoming Duke of Adria, though it would later fall into shambles as a messenger had burst into the city of Reza informing King Marius of the Imperial attack on the Adrian capital of Ves which was led by his Imperial Highness, Yury. Marius responded by sending a raven to the Emperor, Anontious Horen, to which a trial would then be set up that would put Prince Yury on trial for attacking a vassal of the Empire.

A month later, the trial had taken place in the Imperial City of Helena. As the trial came to an end the Emperor would rise from his throne where he'd order the Adrians forward before he'd call for them all to be sentenced to death. Marius shocked upon the decision had quickly intervened between the Adrians and the Imperials before a small skirmish broke out in the Imperial palace resulting many being injured or killed though Marius being slightly wounded due to the small skirmish would be pulled out of the fight by his guard. After the skirmish was over, King Marius came forward to the Emperor where he'd then call for peace and in hopes to avoid any potential war against the Empire. Emperor Antonious would accept the offer before Marius made his way back to the city of Reza. Later, he would hear upon the news that Prince Yury along with an Imperial retinue had sacked and burned the city of Ves on the orders of the Emperor.

The War of Two Emperors 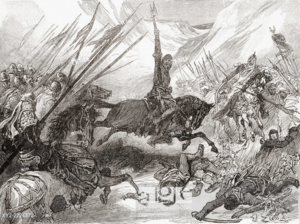 A Royal sketch of King Marius II leading the Hansetic charge in the Battle of Upper Rodenburg, circa 1715

Several years had passed since the Yury's trial, peace would have its day for a short period of time until numerous tyrannical moves would reign over the Empire of Man by the corrupt council of the Empire. The news would reach across the lands of Arcas to Aeldin of the Empire's treachery to its people. King Marius would later be confronted in his throne room by Joseph Horen-Marna. Upon listening to Joseph, Marius would join him in his plot of becoming Emperor of Oren. After two years of meetings and plotting in Nenzing an unknown spy had overheard of the conversation to which word would get out of the potential rebellion. As word had gotten out Marius would begin to make plans with the Pontiff for Joseph's coronation in Reza.

After the quick coronation of the newly crowned Joseph, Marius would begin to rally the Royal Army of Haense in joining the Emperor Joseph thusly leading to the Battle of Upper Rodenburg. The battle would be the first engagement of the War of Two Emperors and being an Orenian victory. Upon the great victory of Upper Rodenbourg, King Marius would allow his city to be where the armies of Oren gathered for the upcoming siege on the Renatian Capital. As months past of bloodshed due to the war, the Siege of Helena would become an utter defeat towards the newly formed Empire of Oren.

The defeat in the Siege of Helena being the beginning of the war, King Marius would then hold court to which he'd name Siegmund Corbish to be head of the defenses of Reza knowing that depending on the outcome of the upcoming battle would determine if his city would be besieged.

Assassination and Death of Marius

In 12th of Malin's Welcome of the year 1719, Marius's health had been deteriorating due to stress upon the war and running his Kingdom took a stroll within the gardens of Prikaz Palace in the city of Reza to which he'd then be struck by a bolt in the leg then later in the chest by Hektor Barrow. The assassin would later fall by Prince Otto and Prince Godfric though it'd be too late for Marius as he had fallen.

Throughout most of his youth, he was ambitious and eager for reforms and arrogant. The time when he had lost many of his family members he had become quieter and soft-spoken towards others. After the Sacking of Ves, he then became more careful and humbled throughout his reign but his sense of pride was still high and was the type of ruler who didn't like when people insulted him or questions his power.

Full title as King of Hanseti-Ruska

Marius sired seven children (four sons and three daughters), three being with Valera of Adria and four being with Klaudia of Vasiland.