The House of Alstion (Common: Alstion; High Imperial: Johannes) is a Human house formed upon the dissolution of the House of Horen.

As House of Horen

While the House of Horen was founded by Horen himself and can be traced back to the first realms of Man, the House of Alstion is traced back only to the oft-quoted founder of the Fifth Empire, John I. Born in exile in Pronce, Aeldin, and living within the court of the Chivay governor there for much of his younger years, his sailing to Oren would change the course of Human history for generations, leading to a span of over a hundred years of Johannian dominance.

The Horen Restoration of 1526, orchestrated by Charles Henry, known as the Polycarp, would see the assassination of King Guy of Oren and coronation of John I as Holy Orenian Emperor. His reign was marked by a series of scandals, wars, and plots against the Imperial Crown, though doubling the size of the Empire in his time. His untimely death would be noted by many as a chief reason for The Anarchy, a time of massive instability within the Empire. His succession laws, however, and the titleage afforded his line, continue to be used by his descendants to modernity.

John II would not fare so well. Under him, the nobility grew in power, and his incendiary nature, which garnered him the moniker 'the Quarreler' among opponents, would eventually be his undoing. His eccentricities and oft strange behaviors discomforted his vassals, and on the 16th of Sigismund's End, 1568, after eight long years of incapability and a regency headed by his son, which saw such events as the Riga War, he abdicated and retired to the countryside.

John III's reign is remembered for his closing of John I's many attempted conquests. His victories in the Riga War, the Axis War, and his subjugation of the War Uzg solidified the Empire's place on the global stage as the preeminent power, but whilst he was lauded as a war hero within the Empire, foreign states and recently subjugated vassals had deep-seated hatred of both him and his nation.

With John III's assassination and the beginning of the Year of Four Emperors, this hatred surfaced - his first son was slain by King Andrew II just two months after his coronation. His second son, Robert II, abdicated to John III's thirdborn, Philip Frederick. Just fourteen on the day of his coronation and eighteen in the first battles of the Coalition War, his loss at the Siege of Johannesburg, and his infamous thanhium-bomb explosion that destroyed the city and landscape for leagues in any direction, would mark the end of the Fifth Empire.

The Sixth Empire founded just under twenty years later would only see glimpses of the zenith reached by the Fifth Empire - John V's rule was marred by internal turmoil, external losses, and a succession nearly usurped by a returned Robert II (called in his later years Robert of Marna and styling himself Lord Protector). John V's heir, Peter II, fared little better; while he defeated the House of Romstun, he lost the War of the Beards in the tenth year of his reign, leading to his abdication. His son, John VI, would be assassinated in his throne room by forces of Canonius Horen, ending the Sixth Empire and with it, Johannian rule. In the coming years, the vast majority of Johannians would either be executed or die mysteriously, leaving only the line of Charles Elliot alive, descending as the fifth child of Peter II

Charles Elliot as last of the Johannians worked with the line of Pertinax, securing his and his family's survival into modernity. His statesmanship and close relations with the various Emperors of Man would gain for his family the ear of the Throne, and his work in orchestrating the rise of the new empire solidified their place in the new nobility. He is the last patriarch of the Johannian lines not to be included in the Dissolution of Horen in 1721.

On the eve of Godfrey II’s edict declaring the dissolution of House Horen in 1720, the dynasty had expanded to encompass several distinct branches. Bloated, tired from war, and mourning the spilt blood in the War of Two Emperors, the patriarchs of each offshoot acquiesced and four mutually independent Houses were formed. House Alstion was left the sole survivor of the Johannian inheritance by the dissolution, being granted suzerainty over its cadet houses of Marna, d'Anpalais, Rothesay, Pruvia, Joannes, Wett, Balain, and Beaufort - with those born out of wedlock commonly referred to as Jrent. Upon the conclusion of the War and the passing of Prince John, the House began its slow descent from influence within the empire.

The Alstionite cause saw a brief resurgence in 1725 as Charles Edward made a bid for the Imperial Throne of Oren following the abrupt abdication of John VII, ruling the Capital of Helena as an uncrowned emperor for a month. However, the claim never saw fruition, as promises made were never fulfilled, and Charles instead abdicated his efforts to his uncle, Alexander de Joannes, who would become the emperor proper. Disillusioned by the Orenian ideals during this failed effort, Charles pledged his services elsewhere, Morsgrad notably, further compounding the House of Alstion into obscurity.

House Alstion formally departed the Orenian Empire when its patriarch at the time, Henry Alstion, was killed by Imperial State Troopers in his efforts to save Robert Helvets in Providence. His son, James, fled the Empire and settled down with a small band of Daelish attendants in some ruins later called Alba. Upon his deathbed, he granted the Duchy of Corazon to Olivier de Savoie, who would later become the Serene Prince of Savoy.

James’ sons, Leopold John and William Corwin formally reunited the Alstion family once again, though they remained dormant within the Principality of Savoy. While William went on to become the Chancellor of Savoy, Leopold remained within cloisters in lay-servitude to the Church of Canon - later emerging as the Prince of Alstion, and asserting his claim to the Holy Orenian Empire.

As House of Horen 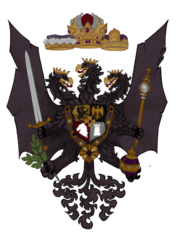 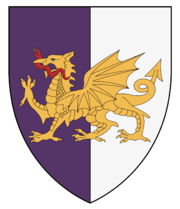 Whilst the House of Alstion, the Johannians took up the sigil of the Aeldinic dragon, gold upon a party per pale field of purpure and white, within its mouth a red Marnan serpent.