Charles Frederick was born to King Tobias I of Courland and his wife Lisette as the third born son. In 1616, he spent his time within the church learning about God while also learning court and combat. Throughout his pre-teen years, the people of Courland seen potential of the young Charles as he gotten older.

He continued to spend his life in the palace of Aleksandria until the Santegian Rebellion leaving him in hiding for many years. In 1537, Charles came out of the shadows as he'd join the Imperial military being placed as one of its commanders. Charles would later retake Aleksandria placing his niece as Queen of Courland. After a year, Charlotte fled Aleksandria leaving Charles with Aleksandria as its new ruler which he then formed the Sovereign Duchy of Curon. 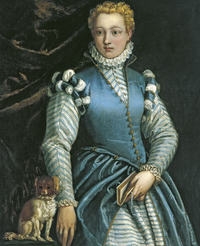 In 1639, was married to Ester Theresa Marbrand, a lost northern noblewoman that wondered upon Adelburg tavern. As the two grew with compassion they were married, as the ceremony was pact for the event of the new couple. Karl and Ester had three children.

In Axios, he formed his nation-leading his men in the Third Crusade alongside Jarrack Draskovits, and Sylvester III. After the Crusade Charles began to make preparations for setting sail to the new world, Atlas. After arriving in Atlas he began, he led sizeable population of Curon moving them to a fertile land, along with River Eamont, at the foot of what is now known as Bear Mountain along with the other decedents in the year of 1641. Karl was able to build a small but thriving city that was hastily built, making it a center of trade and commerce due to its central location between the Kingdom of Hanseti-Ruska, and Marna. After the city was built he was re-baptized into a new name, Karl.

During his reign in Atlas things started to spice up between the Duchy of Curon and Norland as Karl decided to allow Aragon Silversteed, who was in mid-rebellion with Norland, to bend the knee becoming a vassal to Curon. After defending most of the raids he decided to take the offensive attacking Norland, and what was rightfully his to claim, Santegia. Though no major wars broke out with the nations, he was able to keep the peace within Curon until his death in the 9th of Malin's Welcome, 1651, thus leaving his firstborn son, Alfred, as Duke.

Karl became diagnosed with tape-worms that led to his death in 1651.