The Irongrinder are a Dwarven Great Clan founded by bureaucrat Zahrer Irongrinder and his cousin Dizzy Irongrinder. The Clan is most notably remembered for rising from common to great status, the only Clan to do so in Dwarven society. The Dwedmer of Clan Irongrinder are tough and intelligent dwarves. Many progressing quickly up the ladders of their respective fields. They are skilled in mercantilism, literacy, and combat. One of their main skills, however, resides in engineering and redstone. They have brownish-red hair, unusually tall for a dwarf, and a small few have the ability to perform Beardmancy. Their lineage has sparked much debate but, as far as can be seen from the ancestry of the clan, the Irongrinders are descended from both mountain dwarves and cave dwarves.

Clan Irongrinder was originally a common clan back in Asulon, though they were not around. Due to some debates and quarrels they broke apart and went their separate ways.

Now the few remaining descendants reunite upon the ship to Anthos. Comparing their past information and annals of the clan they have come up with this ruff summarization of the clan.

Upon their arrival to this new land, the three Irongrinders, Zahrer, Tog, and Kairn, built up the clan wealth to the point of owning one of the largest clan halls in Kal'Azgoth. At this point Kairn went missing but was replaced by another of their kin, Dizzy Iringrinder.

Two clans, the Irongrinders and the Thunderfists, unite by the marriage of Zahrer Irongrinder and Riddeth Thunderfist. Through this union the clan takes up the new name of Thunderblades and with the other dwarves move to Kal'Ithrun.

Following the death of Grand King Thorin Grandaxe, Dizzy is elected king and Zahrer made a Lord of Urguan. Shortly after the remaining Thunderfists are lost. Some went on pilgrimages, some lay sick in bed, and still others were lost in death. Having no kin with whom they had bonded, the Irongrinders take up their old name in remembrance of their history.

The Irongrinders move into their new clan home in Kal'Ithrun.

With the destruction of Anthos, the Irongrinders take up residence in their new hall in Kal'Arkon, the Dwedmer capital in the Fringe.

The Fringe and Thales

To escape the drought of the Fringe, the Dwedmar of clan Irongrinder travel through the portal to the land of Thales where they are a major force in the construction of both Kal'Klad and the naval flagship, the Ancestor's Truth (Keznol Anoros).

Using the Ancestor's Truth, the dwarves flee the eternal winter of Thales...

The Clan members, along with the other clans of Urguan, reach the land of Athera, setting up within the new capital of Kal'Agnar.

After years of peace, growing fears within the Dwed capital come to a head when a series of murders, disappearances and kidnappings hits the Dwarven government. Several officials are killed or taken including the Lord Protector, Zahrer Irongrinder.

Having escaped from his captors, Zahrer returns to his kin in time to save the Grand King, Fimlin Grandaxe, from being assassinated. Zahrer then, bearing ancient relics from a forgotten age, assists in the retaking of the Dwarven capital and begins to recollect the missing Irongrinder kin in the new city of Kal'Karaad.

After a close election and a quick coronation, Zahrer is crowned the Grand King of Urguan. He is the second of Clan Irongrinder to hold the title.

After making many reformations to the laws of the Grand Kingdom, Zahrer is forced to resign by the newly reformed Lord's Council for refusing to banish the entirety of Clan Grandaxe.

After many years in hiding with the relics of Urguan, including the Crown and Armor of Urguan, Zahrer returns to give the relics to the new Grand Kings.

Following the fall of Athera to the great worm, the remnant of Clan Irongrinder returns to the kingdom in force and begins to build up their numbers in the new city of Kal'Akash in the Isles of Vailor.

Following the grant of land by the Jarls of Avar and the Grand King, the Castle of Jarnstrand (Iron Beach) is constructed for the purpose of reforming the clan in a holding and eventually reforming Dungrimm's Folk.

The Castle of Jarnstrand falls to the Empire of Oren and her allies in 1541 after some traitors pull traps on our own men.

With the completion of the construction of the new capital of Kal'Isthul, the Clan moves into their new clan hall.

With the introduction of the new Jarldom system, the Clan is awarded a jarldom on the western coast of the kingdom. Construction of the main keep begins in 1562.

The Clan moves with the rest of the Dwedmar to the new realm of Axios. With this move, the clan begins to increase in number, bringing in many numbers.

The dwarves of Clan Irongrinder are usually skilled in engineering and redstone usage. With their knowledge, many have become largely important in the construction of various inventions, fortresses, and cities throughout the Grand Kingdom. Their works have benefited the Dwedmer in defense and peacetime in most Dwedmer buildings since Anthos. Some of their inventions and creations were key constructions in Kal'Azgoth, Kal'Ithrun, Storms Crossing, Indagolaf, Thoringrad, Kjellingrad, Kal'Arkon, Fort Onar, and The Mouth of Dungrimm.

The Irongrinders were in fact the founders of the Industrial revolution of the Grand Kingdom in the Fringe and beyond. Their accomplishments include everything from the construction of the assembly line to the invention of the flint machine. 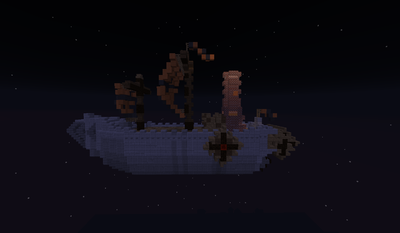