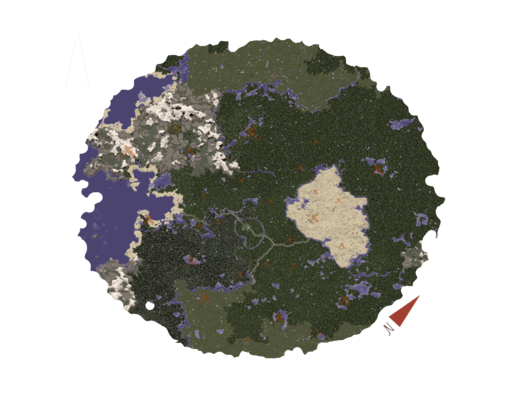 Thales is a minor realm which the descendant races arrived in 1465 after traveling via a portal in the Cloud Temple located in the The Fringe. A fairly peaceful land, but soon a great winter arrived at the lands, making them have to Escape from Thales on the beginning of the year of 1468.

Thales is a realm mainly to be used as a test map for the new plugins on a high scale, so as to correct them before the new major Realm appears. Most of the map was freebuild with exception of spawn, but with plots that may be claimed by players if they reach certain conditions. Many new plugins were included, which drastically change the game and even sometimes normal Minecraft mechanics. Crafting items has a brand new way of being conducted, professions has been added to personas, which contain new racial perks. Seasons start exist in the game and change the landscape throughout a week, and various new drops and items have been added.