San'Raakh, previously known as San'Torr, was the capital city of the Uruks. The city was located in the Mesa of Tahn, a hard to travel area that the Uruks called home. The Oasis in the desert, the city provided a safe heaven for its inhabitants. Due to its beauty and its distance to the other cities, many others sought to travel to San'Raakh to witness the Uruk culture at its raw form. Drokon'Ugluk, the founder of the city, dreamed of a city where the Uruk society would thrive once more and such was the way the city was built, an ideology maintained to its last days.

After a long period of war with the Orenian Empire, Drokon'Ugluk formed the War Nation of Krugmar in hopes of reviving his people's culture and numbers. During 1570, he ordered the construction of a new city, where Uruks could find peace, a safe heaven to revive their culture. For nearly two decades, the Uruks withdrew to the Mesa of Tahn, building their new city. Finally, at 1588, San'Torr was founded. Nearly two decades more and the Rex Gurak'Yar renamed the city San'Raakh after becoming the new leader of the Orcish people. 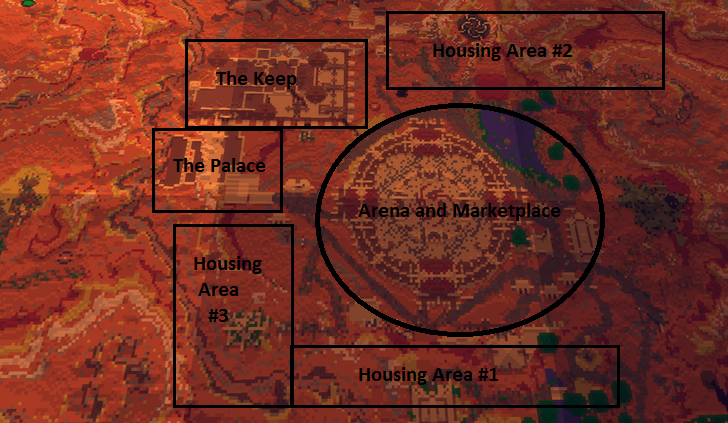 The City has since had minor renovations, notably being that the arena had been replaced with a citadel utilised for rallying and housing.

San'Raakh was located in the Mesa of Tahn. Away from everything and everyone and well protected by the canyons around it, the city provided shelter and comfort. The city was surrounded by mountains, providing a shield from invaders. Outside the main city, a small oasis with trees and the only vegetation of the area could be found.

The city was ruled by the Rex of the War Nation of Krugmar and his council.