Proclamation of Appointment for Henry of Rothesay 1536

Issued and Confirmed by His Imperial Majesty the Holy Orenian Emperor John I Frederick, 14th of Snow’s Maiden, 1536

TO OUR BELOVED SUBJECTS,

WE do hereby decree the appointment of Henry of the House of Horen-Rothesay to the wartime rank of Fieldmarshal of the Holy Orenian Empire. In the service to Our Crown, he is duly charged to have overall and active command of the forces of the Imperial State Army, the various ducal levies, Erochlander and Brotherhood provincial militiamen, Laurelin auxiliaries and municipal City Watch, in their totality, as an overall commander-in-chief, with authority second only to the person of the Crown in the prosecution of war in the southern theater.

WE do hereby convey upon him the Fieldmarshal’s baton as a symbol of his all-encompassing authority over the Imperial forces, and entrust him to both manage, plan and administrate the Imperial campaign against that great catamite, Rhewen Frostbeard, and his tribal government, to manage the defense of the Imperial fortresses in both provincial Outremer and the Heartlands, as well as to be the primary leader in assaults, raids or any other troop movements.

His Imperial Majesty John I Frederick of the House of Horen, by the Grace of GOD, Holy Orenian Emperor and rightful Emperor of Aeldin, forever August, Apostolic King in Oren, of Savoy, Westphalia, Kaedrin, Haense, Renatus and Salvus, Defender of the Faith, Grand Duke of Kaedrin, Duke of the Crownlands, Carimea, Levonia, Erochland, Kingston and Leone, Margrave of Greater Kreden, Count of Felsen, Louvain, Beauclair, Wett and Metz, Sovereign of Humanity and Protector of the Elves, etcetera. 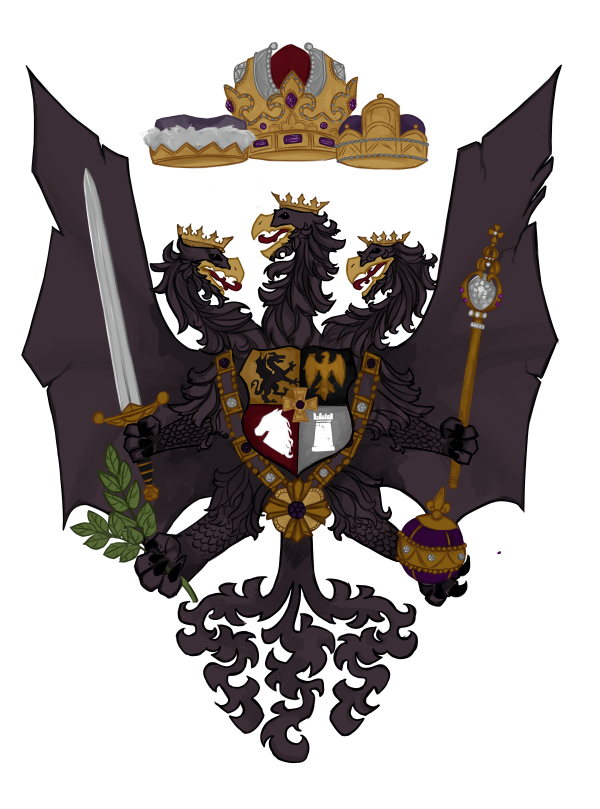