Philip Michael Pruvia, or simply Philip, is the current heir to the Viscounty of Provins as firstborn son to Viscount Simon. He was an ensign in the Imperial State Army and a ward to Holy Dame Helena Novellen, becoming a Holy Knight after the end of the wardship. After his father's denouncement in 1838 after he was suspected of harboring relations to the Azdrazi, Philip became Viscount of Provins, abdicating 6 years later unto his daughter to become a member of the priesthood.

Philip Michael was born the first child and heir-apparent of Viscount Simon Casimir and his wife, Princess Anne Caroline Novellen, on the first of Tobias' Bounty, 1809 (the equivalent of Second Era 13). Via his mother, he is a grandson of Emperor Philip II, which elevated his status as an heir and marriageable bachelor for the duration of his teenage years. 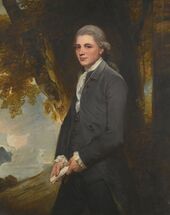 From birth, Philip was blessed with a curiosity in all matters of history, battle and law beyond his ken, and was complimented as a prodigy-to-be by many a person who met him. Thus, his parents assigned him with various tutors upon his 5th birthday, leading to the development of a sharp wit and intelligence in the boy. However, his interests were not singularly on education, as he longed to be like the great militant men he'd read about in the scrolls padding the Imperial Helen Antonia Library, a place he frequented. His role models included Emperors Aurelius and Peter III. This dream of his came to fruition when his parents announced that near the end of his 12th year he'd be boarded off to the Capital of the Empire to join the Imperial State Army, where he'd be assigned immediately as a Cadet due to his noble birth. His entrance to Providence was a shining light for the boy as he quickly created a bounty of close friendships with his fellow youths by attending many balls and congregations. At one such ball, he'd acquaint himself with the Holy Dame of the Church, Helena Novellen, who he would come to greatly admire, eventually asking to be placed under her as a squire.

Philip Michael enlisted into the Imperial State Army near the end of the Tenth Nordling War. Due to his most noble lineage the boy started as a Cadet, before quickly being promoted to Ensign, leading to his induction into the fourth brigade. 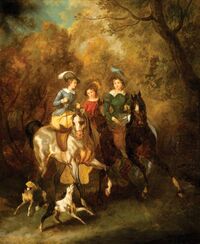