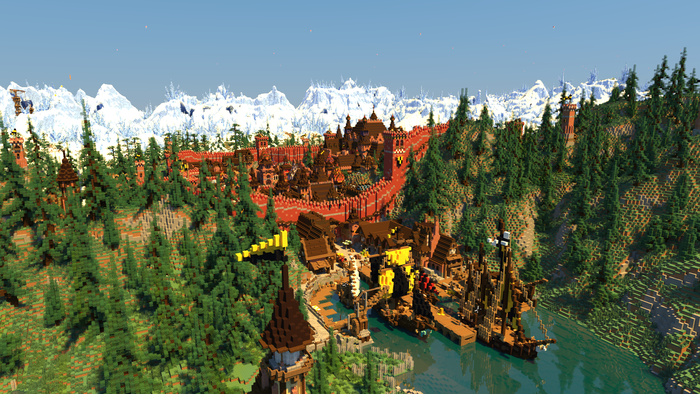 The capital of the Kingdom of Haense, Karosgrad (High Imperial: --, New Marian: --) acts as the epicenter of administrative and diplomatic affairs of the kingdom, and is populated by Northerners and Highlanders of all descent. The city is the seat of the House of Barbanov, who reside in palace of Nikirala Prikaz in the easternmost district of the city. The city is a paramount site of activity within the Kingdom of Haense, and is the most frequented settlement of any in the nation. The name 'Karosgrad' translates roughly to 'City of Crows'.

The Nikirala Prikaz is the seat of House Barbanov and its current Patriarch, King Joseph I. The castle was named the ‘Winter Palace’ in the kingdom’s national language of New Marian due to the city being close to the forever winter up north.

St. Henrik's Basilica is the Cathedral of Haense, being the seat of the Patriarch of Jorenus, Alfred Barclay. It is situated near the cities square and by its markets, and often used for weddings or other traditional ceremonies.