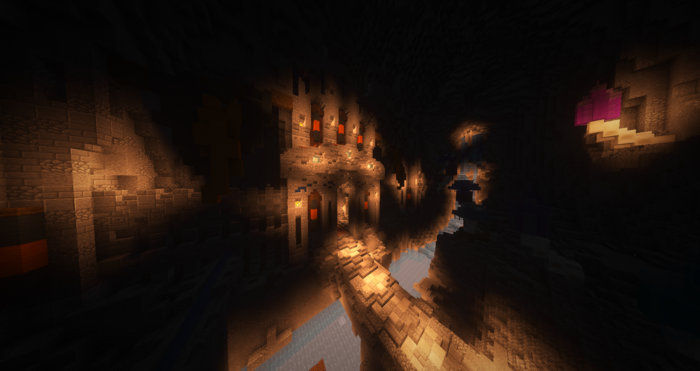 Kal'Varoth is the capital of the former Dwarven Nation, Kingdom of Agnarum, and the current capital of the Under-Realm of Urguan in the realm of Arcas. It was founded by High King Fimlin Grandaxe when the descendants first arrived to Arcas.

Kal'Varoth was built by the Dwarves of the Kingdom of Agnarum when the descendants first arrived to Arcas. The glorious city was built and designed by many dwarves, but the main architect was the King Fimlin Grandaxe. On the 8th of the First Seed, 1707, the city became the capital of the newly founded Under-Realm of Urguan.

At the year of 1728, the city was reconstructed under the order of the Under King Utak Ireaheart. The new city was designed by the Under-King himself, the Kings' Hand, Vithar Frostbeard, and Officer Grudgebeard aswell as many other dwarves lending a hand to help.

Kal'Varoth is ran by a king and a council with representatives of the main clans. The council elects the King and needs to approve with a 50% majority most of his decisions. The council also elects a chairman, who can veto the king's decisions. Overall the government within Kal'Varoth and in turn the rest of the Kingdom adhere to the Articles of Urguan the ever changing yet balanced series of documents and rules that dictate the way of how the kingdom is ran.

A powerful guild known as The Legion of Mercy acts as the militant branch of the dwarven clergy, enforcing and defending the will of the Brathmordakin through more militaristic means.