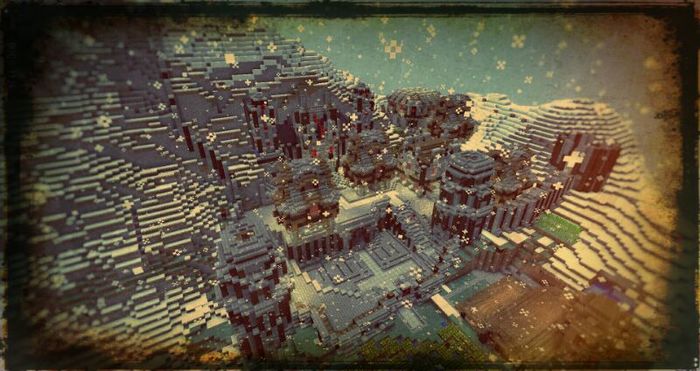 Established in the year 1514 by Jarl Magnus Blackfist, Kal'Krest was the Blackfist city in the eastern portion of the Kazulran mountains. It was built upon the highest mountain top and was home to both the Blackfist Clan and any other members of the Blackfist Company. After the fall of the Mountain Monarchy the city was abandoned as the majority of it's population died in the Battle of the Mountains.

While the miners were clearing out the interior of the mountain, a large glowing emerald crystal was found deep within the heart of the mountain. As a result the city was name Kal'Krest which is City of the Crystal in Dwarven.

Upon landing on Vailor and assembling the Blackfist Clan, Magnus Blackfist set out to find a place to start a city of his own where his kind could grow and prosper. After settling on the easternmost mountain peak of the Kazulran mountains, Morug Jr. and his fellow workers set about mining out the mountain. After weeks of hard work, the mountain was hallowed out and the emerald crystal of Kal'Krest was discovered and gifted to Magnus Blackfist by his clansmen. Wanting for all to see the great emerald, Magnus had his stonemason's build it into the top of his throne which would become known as the Emerald Throne of Kal'Krest. After the central hold was complete, the hardworking Blackfists got to work on the area outside of the keep. They created some outer defenses, a farm and a few hovels for any farmers that wished to reside up here and farm the more snow-resistant crops of Vailor.

After the construction of Kal'Krest was complete, it's population began to swell as Dwarves in general began moving out of the capital and towards the Kazulran mountains en-mass. Some settled in Tal'Azwyr whilst others chose to live in Kal'Krest. As a result of this surge of people, the council of Kal'Krest needed to offer the new citizens jobs. Magnus acted quickly and established the Blackfist Company, a mercenary group that employed artisans and warriors alike. The group was the main source of income for many who resided in the town and was also a relatively strong force due to the experience of many in it.

After Skippy Irongut's victory in the Election of 1518, the Blackfist Clan decided to separate from the Grand Kingdom of Urguan and join forces with their distant relatives; the Frostbeards and their leader Verthaik. The Mountain Monarchy declared it's independence from Urguan on the 1st Deep Cold 1518, with it's capital being Tal'Azwyr and it's other city being Kal'Krest. Magnus Blackfist was declared Jarl of Kal'Krest upon swearing an oath to the King under the Mountain, Verthaik Frostbeard. Within days of their declaration of independence, the Frostbeards and Blackfists gathered together and led the first raid of the war on a group of Urguanite workers who were encroaching on Mountain Monarchy lands. The workers were all slaughtered, as were their legionnaire guards who were woefully unprepared for the assault. After this victory however, a terrible virus swept through the lands of the Mountain Monarchy, especially hitting Kal'Krest and leaving a large portion of it's population bedded.

While the majority of Dungrimm's Folk was sick, the Urguanite soldiers took the opportunity to strike and began to raid Kal'Krest and Tal'Azwyr, successfully reducing morale throughout the new nation. By the time the sickness had passed, the Urguanite Legion was marching towards the the border of the Mountain Monarchy. Vorstag II Ireheart, the Marshal of Dungrimm's Folk quickly amassed all able bodied warriors in Kal'Krest and marched them out towards Tal'Azwyr where they met up with the rest of the force. From there, Dungrimm's Folk made its way towards the Urguanite forces. After hours of battle, Urguan came out on top in the Battle of the Mountains, with the majority of Dungrimm's Folk being killed in the battle. Those who were left swiftly retreated to Kal'Krest where they gathered what little materials remained, destroyed as much as they could and then disappeared, knowing fully well that the end of the Mountain Monarchy was imminent.

After the war, the Mountain Monarchy lasted another year and then crumbled in 1520. Kal'Krest was reintegrated into the Grand Kingdom of Urguan, however the majority of it lay desolate. No one knew what to do with it for a while, until a Doomforged Clan Father laid claim to it, and rebuilt it in his own style, marking the end of the Blackfist Kal'Krest.