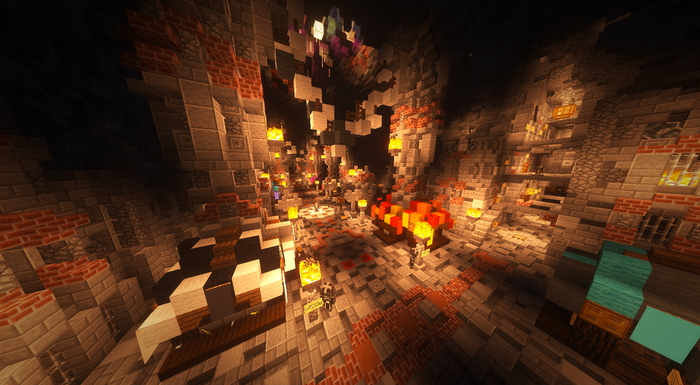 "Kal'Azgaryum, Capital of the Kingdom of Agnarum in Atlas, circa 1693"

Kal'Azgaryum was the capital of the Dwarven kingdom, the Kingdom of Agnarum, in the Realm of Atlas. It is located at the southern mountains of Atlas and is nearby Santegia and the Blizzard. it features a glorious cavern, filled with mushroom trees. The cavern itself was conquered from the Ratiki by the Dwarves of Agnarum. Kal'Azgaryum is built upon the ruins of the capital of the Confederation of Hammers and is named after it as well.

After the plans for the original capital of the Kingdom of Agnarum, Fimlin Grandaxe suggested that the dwarves of Agnarum should build a new city, originally planned to be the capital of the Grandaxes. The council approved, and so Kal'Azgaryum was built in less than a stone day.

Kal'Azgaryum is ran by a king and a council with representatives of the main clans. The council elects the King and needs to approve with a 50% majority most of his decisions. The council also elects a chairman, who can veto the king's decisions.

Kal'Agnarum is built inside a massive cavern, which features a mushroom forest, and the Pool of Anbella.

The way into the cavern is by Fimlin's Steps, a huge staircase. The staircase connects between The Cavern and the upper world.