Iskander Alexios Basrid, 2nd Count of Susa, (1755 - pres.) was the Field Marshal of the Imperial State Army as well as the Count of Susa, inheriting the latter from his father Jahan Basrid. He is known for his extended length of military service to the crown, first enlisting in 1771 at the age of sixteen and eventually advancing to the position of the Captain of the 4th Brigade. Additionally, the Count wed the Princess Imperial, Elizabeth, siring four children.

Iskander Alexios Basrid was born within the city of Helena upon the 4th of Godfrey's Triumph, 1755, to the 1st Count of Susa, Jahan Basrid and his wife Selene Sabari. He was the firstborn of a set of twins, followed shortly afterward by his younger brother Basil.

His Father had previously served as a founding member of the Imperial Gunner forces, then as the Secretary of Foreign Affairs, and finally as the Governor of the Novellen Palace. Beyond his Father, the Basrid family had a sustained history of State Service, with Iskander's grandfather Cyrus known for his multiple tenures within the Imperial Senate, and his grand-uncle, Sir Simon Basrid, serving as the renowned Archchancellor of Oren during Peter III's reign.

Therefore, as the future successor to the Basrid name, it was inherently expected for Iskander to follow suit with some form of leal service toward the crown. From a young age, he exhibited a great level of potential with his combat skills and capabilities, and as such his Father had the had him commence official swordsmanship training with members of the elite 4th brigade. It was there that he was truly able to develop his military skills, and dictated his entry into the ISA as a Cadet upon reaching the eligible age of 16 in 1771.

Both Iskander and his twin brother Basil had befriended the Imperial Princess Elizabeth within their youth, and alongside a few other select children of nobility, they formed the core of the Novellen Palace youth. Iskander and Elizabeth were particularly known to have a devoutly close friendship - one in which Elizabeth's mother Anne noted early as a potential match for her daughter.

The pair, having been born in the same year, enlisted as Cadets together within the ISA - allowing for a further development of their companionship throughout these years. Many of the court assumed naturally that the pair would become engaged, however Elizabeth refused Iskander's initial suggestions courtship at her debutante ball. The Imperial Princess was known to have sworn off marriage publicly following the murder of Peter Amadeus in 1772, and subsequent disaster of a courtship with John Pruvia - however Iskander himself chose not to seek out another bride. Being incredibly fond of Elizabeth, he held a sustained hope that she would change her mind, thus refusing any suggestion of an alternative match.

His choice to do so caused considerable discourse even within the Imperial family itself, as Elizabeth's younger sister Juliette had herself set her sights on marrying the future Count of Susa. Despite the impossible situation, 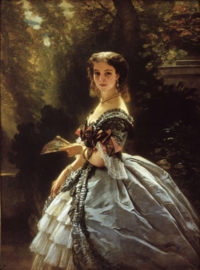 Iskander Basrid's wife, the Princess Imperial Elizabeth Anne (c.1800)
he continued on his unwillingness to seek another match, causing a rift in Juliette and Elizabeth's relationship - one that would never recover.

Yet on the advice of Iskander's Grand-Uncle himself, Simon Basrid, Princess Elizabeth began to reconsider the idea of marriage within early 1780. Simon urged her toward her longstanding childhood companion, Iskander, and he responded in making his intentions clear to her once again. The pair entered an official courtship in 1781, resulting in a proposal by 1783 and a petition to the Imperial Crown a few months afterward. As a serving Officer of the ISA and the heir to the County of Susa, their union was accepted on the grounds of a morganatic marriage - meaning that their children would not hold a place within the Imperial line of succession. The ongoing Inferi War delayed the wedding until mid 1786, where they married in a small ceremony before a select number of family members and close friends. By this time, Elizabeth had inherited her Mother's prior title of Princess Imperial.

The following year, Elizabeth was granted her own title as the Countess of Rosemoor, and as such Iskander became the Count-Consort.

Iskander and Elizabeth's marriage was known to be incredibly happy, and the pair were devoutly loyal to each other throughout the entirety of their union. They went on to sire four children together - Jasper Clement, Anthony Alexios, Helena Augusta and Nicholas Andreas

Iskander began within the ISA Cadets program in 1771, and from thereon progressed throughout the various Officer ranks. He was renowned for exemplary swordsmanship and ability to command, and as such became the natural leader of many military field assaults.

Iskander's first notable military involvement was within the Sutican War, where he acted as a commanding officer of the Imperial State Army. Though no large-scale battles ended up occurring, the now twenty year old Basrid took upon a significant leadership role within the various war preparations of the Army.

Progressing further to a Lieutenant, then to being elevated to Captain of the 4th Brigade, Iskander's military service continued throughout his role as a senior commander within the Inferi War, where he led battalions of soldiers against the Inferi attacks upon Helena and other nations across Arcas. As a Captain, he set about reforming the 4th brigade, as it had fallen into stagnation, serving as a key individual in negotiating the safety and protection of the Imperial Family.

In 1783, Iskander was granted the position of "Chief of Operations" within the Imperial Ministry of War, affording him responsibilities in the offensive and defensive strategies of the ISA, tasked with advising the military's top generals.

When conflict again arrived at the Empire's doors with the Sedan Rebellion, Iskander was quick to resume his role in commanding combined forces of each brigade during active field battles. Alongside the Count Ruthern, he led the defensive in the Battle of Southbridge, securing a masterful Orenian victory. The loss of this initial battle caused the degradation of the Sedanite forces, and eventually concluded in the loss of the rebellion in its entirety. 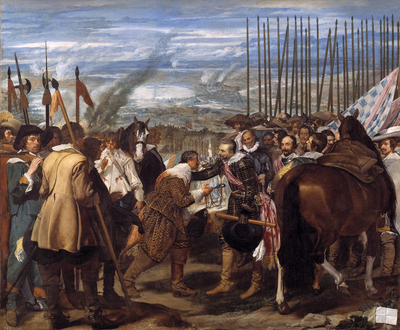 A Parley in Elysium, featuring the Count of Susa in negotiations with the Duke Eugeo. c.1819

By result of his long-withstanding military service and particular successes in the Sedan Rebellion, Iskander was bestowed Imperial Knighthood within the Order of the Lion in 1813. He was additionally elevated to the position of Major - accounting for his 42 years of ISA service up until that point.

Iskander's next substantial military endeavour came from his active leadership within the Norland-Oren Conflict, a war in which arose after longterm disagreements with the Kingdom of Norland. As a Major, Iskander took the commandership of the ISA throughout a number of battles - including the Elysium Encounter, where the death of Elysium civilians led to a widespread controversy. A missive was released by Joaquin of Osanora, condemning Iskander, among others, of attacking civilians and therefore breaching canonist law. [1]. However, this was met with a swift Imperial response - declaring that the ISA acted in a lawful manner, only raising arms against combatants directly, and taking every precaution to spare the lives of innocents.

The Norlandic war continued into the following year, and Iskander led various operations such as the The Forest Interception and the The Elysium Offensive. His skilled command in the early stages of the war afforded him the position of Field Marshal by Imperial decree in 1819 - taking charge of the entirety of the Imperial State Army's forces. This decision was made by the Imperial Government in light of the advancing Norlandic forces, believing that a full-scale battle in the regions surrounding Providence was upon the horizon. As his first actions as Field Marshal, Iskander coordinated a temporary ceasefire with the Duke of Elysium, allowing them to retrieve their prisoners.

The first large-scale, open field battle came in 1921, with the Battle of Outer Arentania. The Count of Susa was charged with leading the main body of the Imperial Forces, consisting of 7,800 out of the 9,400 men and women total. The battle took place on the borders of the Empire's land, aiming to halt the oncoming Norlandic Forces. Under Iskander's command, the Imperials emerged as victors from the battle, suffering only a quarter of the casualties that the Norlanders faced. This secured the largest victory of the War so far, and halted the Nordling forces from advancing any further upon their path to Providence.

The Battle of Arentania secured the eventual surrender of the Norlandic forces, resulting in the Imperial victory of the war.