The Grandaxes are an elder clan of fire-haired mountain dwarves who value honour and tradition above all else. Founded by Bogrin Grandaxe in the ancient dwarven mountains of northern Aegis, the clan holds a fierce reputation for their skill with an axe. Renowned for their strong influence on dwarven politics for over a millennium, many of the most revered Grand Kings of Urguan are descended from its lineage. During the fourteenth century, a dispute between its elders led the clan to become fractured into two distinct bloodlines; the Braveaxes, the purest of the first lineage and loyalists to the dwarven crown and the Blackaxes, their unruly kinsmen who struck out on their own as honour bound mercenaries. It was not until faced with the threat of an invasion from the orcish War Uzg that the clan reunited under a new leader, Bazian Grandaxe, successfully forming a vanguard against the green scourge from its mountain holding of Kal’Anart. From that day forth, the clan became united around its defence of the dwarven realm, leading at the forefront of its armies and serving dutifully on its councils as marshals, statesmen and ambassadors.

As time wore on, the old ways have become no less important, and the Grandaxes stay true to the legacies left behind by their forefathers. Honour dictates their course in life, oaths and grudges fundamental to defining their temperaments. A clansmen can make a loyal and devout ally to those who befriend them, but also a fierce and unrelenting foe if one is to make the mistake of paying them dishonour. In later years, a new bloodline in the clan was granted legitimacy by the clan elders, despite lacking many of the Grandaxes’ defining features, most notably their distinct fiery red hair. Distinguished by the various exploits of Thorin Grandaxe, the bloodline proved its worth as competent strategists and battlefield commanders, coming to be known amongst their kin as the Grimaxes. Today, the Grandaxes reside in the dwarven metropolis of Kal’Omith, serving in a wide variety of roles and occupations throughout the city, but ever weary of what the future may hold.

A Grandaxe will defend his honor with his life, and will demand the same of other dwarves. Grandaxes do not steal or harm other dwarves as it is considered highly dishonorable and nearly unforgivable. They also hold to their word and hold blood pacts in high regard, and will never break them.

Grandaxes believe in honor being above all except the Brathmordakin, so when a clanmate becomes dishonorable it is a grievance to the clan. However Grandaxes believe that the Dishonored must redeem themselves so that they can be let into society once more.

The Grandaxes are staunch believers in Yemekar's Balance, meaning to maintain a world where the four races are independent and no nation is too overreaching and too imperialist to break this balance. Should one nation attempt to exterminate one of the races from the realm then that is a clear breach of Yemekar's Balance. Such a situation upsets Grandaxes, who take pride in the world as a place where there is great diversity and an endless amount of discovery.

Grandaxes have strived to maintain dwarven unity, but also have oftentimes attempted to move further away. Grandaxes had historically established their separate holds many times throughout the ages, however after the Fall of Avar, the enthusiasm and drive over making holds collapsed. Afterwards Grandaxes understood the need for unity far better and no longer desired to separate as much as they had before. Additionally Grandaxes believe actions such as rebellion are dishonorable and thus take them very seriously. The last Grandaxe rebellion in Kal'Bogrin was bloodless and the clan promised to help the Grand Kingdom against Oren. Though the favor wasn't expected to be returned. The Grandaxes have a relentless loyalty to the Dwarves as a people and respect for the articles, however the clan typically desires to maintain its ability to operate with moderate independence and self-rule. 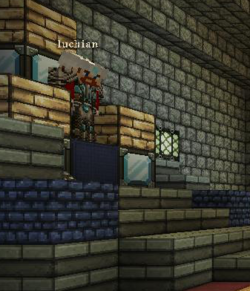 Thorik Grandaxe was Grand King of Urguan in Aegis and Asulon where he established dwarven military dominance, leading the dwarves through the Great War of Aegis. He later founded the first of the modern Grand Kingdoms of Urguan in Elysium & Kalos becoming the First Grand King of Urguan, earning himself the title “King of Kings” for which he became the Paragon of Kings. 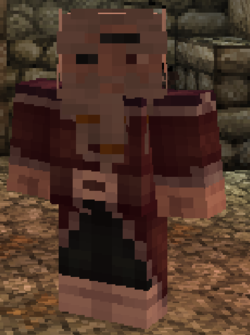 Revered lord of the Grandaxes that helped lead the Legion in Aegis and assisted the Grand Kingdom of Urguan in matters of politics and diplomacy for nearly his entire life, helping to write the first Articles of Urguan and chronicling large amounts of dwarven oral history. Valen was also one of the three champions of the dwarves to venture into the Nether when Aegis fell. His death in Anthos prompted him to become a Paragon after his lifelong service to the dwarves had ended. 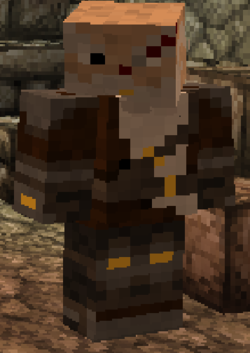 A long-time Clan Father of the Grandaxes since their re-joining in Asulon and of the Blackaxes beforehand. Bazian was the face of the Grandaxe clan during Asulon in Kal’Anart and until Anthos where he retired. Bazian’s longtime service to the Grandaxes and dwarves earned himself respect and reverence within the clan and among all dwarves. 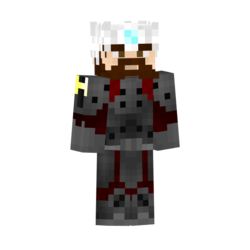 Renowned Grand King of the Dwarves in Anthos where in the first Dwarf-Oren war he conquered the human lands and made them his vassals. Thorin was known for being a very skillful leader in battle and in politics which allowed him to conquer Oren despite the initial loss in the war that was named after him; “Thorin’s War.” 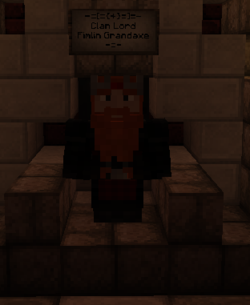 The face of the Grandaxes from Anthos to present day Fimlin revived the Grandaxe clan during its decline in Anthos and brought it back to the forefront of dwarven politics. Fimlin also served as Grand King during Athera, leading the dwarves through the release of the Undead back into the world and the Ironborn Invasion. Fimlin Grandaxe is mostly known for his longevity in working with the Grand Kingdom and ruling the Grandaxe Clan; he is still alive to this day. 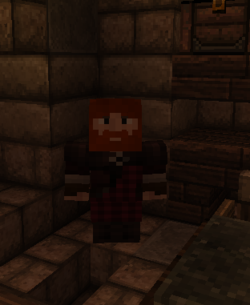 A Notable dwarven figure from the Grandaxes since Anthos, Fili’s longtime service in the Legion and in dwarven government earned him his respect. During the Exodus to Kal’Bogrin in Athera Fili guided the clan into retaking the Grand Kingdom of Urguan for the greater population and expelling the Lord’s Council. 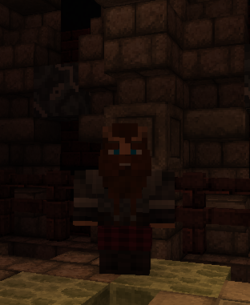 Grand Marshal of the Grand Kingdom during the First Frostbeard Uprsing, the 18 Years' War and the Eighth Urguan-Oren War. His ability to amass numbers for the dwarven Legion and lead them into battle gave the Grand Kingdom back its military dominance. 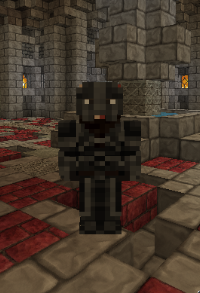 A skillful warrior in the Grandaxe clan, veteran of the legion, an ex-marshall and father of the clan. His extreme and relentless dedication to Dungrimm played a large part in his life, his fearlessness had gotten himself a reputation of a killer, and has also gotten him the position of Dungrimm's Prophet. He has no use for fear, for Dungrimm has already chosen his fate, and Svardin would not deem it wise to cheat death, and would rather enter the Khaz'A'Dentrumm with his honor intact. Though his bloodline is that of a Grimaxe, his hatred of Undead remains always present, as in Dungrimm's words:

Abide not undead creatures, especially those that take the form of dwarves, thus mocking the creation of Yemekar. -Dungrimm