Haysend is the Halfling nation established by Jack Bundle in the Capital town of Mellsburry.

Mellsburry was established by Jack Bundle in 1592 so the halflings can be fully independent once more, having their own land separate from any other nation. The town grew as the years flew past, expanding their land, trade routes and relationships with other nations. Every once in a while, new people settled in , and new Halflings were born in town. By 1595 a new government structure has been voted where three elders would cooperatively lead the town, Jack Bundle, Bippun Smallfoot and Gerald, this was later removed in 1599, where the first Thane Jack Bundle has been chosen by the citizens to lead the village. Burrows were being built, more people moved in, the pub was getting over crowded; the Halflings had to build extremely fast to meet their space demands. In the year 1598, once the festival area had been built, the Mellsburry Halflings decided to celebrate in the name of the growth of their new nation, Haysend.

Mellsburry is built on the northwest shores of a small island close to the dwarves land. The island is covered by trees while a mountain stands like a guardian in the middle. Thanks to its distance from every other nation, the town offers peace to its residents; something that the halflings need to truly prosper. Gently rolling hills of rich soil are adored by farmers for their capability of growing wheat. The burrows are mainly on the sea-facing side. There is a festival area by the sea as well, and then along the road to reach the main square there are shops for trade. The Grotto is also an interesting place to visit as it is home to the town’s bustling tavern, where many halflings spend the majority of their days. 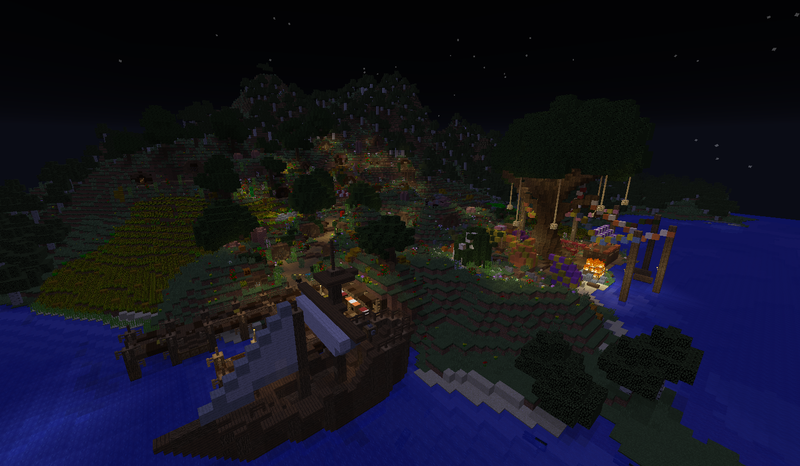 The Thane is in charge of the Farthing with help from his council. The council is composed by the Thane, his three advising elders and the Mayors of every town within the Farthing of Haysend.

To help the Thane, the citizens of Mellsburry elect the Mayor of the town but only if the council approves it. The mayor has control over the Capital Mellsburry and is expected to manage housing, make sure everything is in order, plan future projects and appoint the three following titles: Trade Master, Burrow Master and finally Farming Master. In other settlements within the Farthing a Mayor is elected by the citizen of the town whom is advised by three Elders, but this could not always apply.

The Sheriff and his team enforce the laws in town, they have authority to jail people and solve everyday problems, they are expected to protect the town from harm and keep the town safe.

The haflings of Haysend are very open as any other halfling town, all proper haflings are welcome and are given burrows. Bigguns on the other hand cannot live in town, but they are greeted and taken care of well when they pay a visit. Most halflings would aid their friends and family as well as the town by building, farming, working and managing.

While Most halflings are illiterate, there is still some famous writers and poets, all books are kept in the local library.

The Halflings love to party and dance and listen to whatever they enjoy, they also love creating their own music.

Many Halflings do not follow the religion of Humans. In older times many Halflings believed in the Pumpkin Lord, a magical being that appears before them. He resembles a man with a pumpkin for a head and throughout history has appeared to come the Halflings in times of need. Unbeknownst to the Halflings, they had been worshipping the arrival of Knox, a deranged murderer. Many Halflings did not worship frequently, although many held The Pumpkin Lord in high regard building shrines in dedication to him. Among other gods that were worshipped is the Squidlord Arugula. In myths she appears as a giant squid engulfing entire villages and dragging them into the ocean. It is rumored that the Daemon Arugula grants power to those who are most devoted, turning them into powerful mages known as Munchkins.

In modern day, these gods still hold a place in many small folks hearts. However, in modern times many Halfling folk have begun to worship Billy Bob, the Potato Lord. This has caused controversy throughout the village, and many fierce debates have taken place about Billy, calling him a false prophet. Many Halflings still not hold religious values, while it is true they worship many gods they do not play a role in the lives of Halflings, instead they hold family values over religious ones. As such, family and community plays a larger role in Halfling life. They hold these core values of friendship and good will higher than that of gods and idols, a belief that is reflected in their culture through festivals.