The Citadel of Acael was the primary and only city of the Princedom of Fenn in the lands of Axios, founded in the year of 1595, by the Ivae'fenn architects Aelthir Tundrak II, Prince Nazdus Tundrak, Laen Drakon and Ailduin Sylric. Founded in the snowy alps of the Ceruvian mountain ranges of Axios, it was the farthermost settlement based on distance alone to the Cloud Temple docks. Due to its frigid environment and nature, heavy blocks were carved out of ice, along with a skill for stone masonry acquired from the friendship of dwarves, allowed the mali'fenn to construct their city with little to no natural resources available to them, blending an architecture of ice and stone. Despite its awe-inspiring city, not many denizens of Axios made the trip or traded within it, due to the harsh environment only few races could stand. The Citadel of Acael was in its later years led by Grand Prince Aelthir Tundrak II, descendant of the Royal Fennic House, House Tundrak. 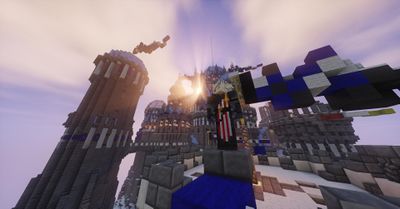 Having reached the island of Ceru in the year 1581, the mali'fenn set about collecting resources and temporary shelters to provide a home for their people. It was only with the additional architects of Prince Nazdus Tundrak, Laen Drakon and Ailduin Sylric, lead by Lord Hael'gon Atmorice that eventually led to the completion of the city of Acael in the year 1595. While the mali'fenn have gone to war, the citadel has yet to experienced siege. Private feasts were held for the citizens of the citadel every winter, but outsiders were never known to have been invited to these parties. 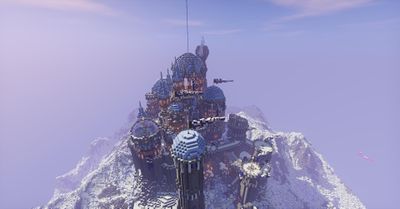 The Ceruvian mountain range supported little life, although at its base a basin existed, supplying the mali'fenn with food, wood, and livestock. Demigrpyhs, Riv'vallels, elks and snow leopards were common sights.

Grand Prince Aelthir Tundrak: Ultimate ruler of the Princedom of Fenn, chosen of Wyrvun to lead his chosen people.

Lord Steward Alduin Sylric: Steward of the Citadel, manager of the economy.

Lord Hael'gon Atmorice: Designer of the Citadel and multiple past cities. 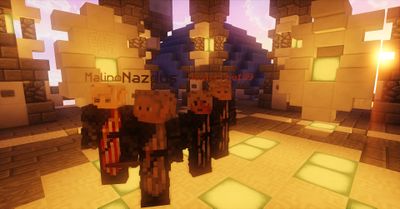 Nobility in the Princedom of Fenn consisted of three Great Houses and one Lower House. Nobility in the Princedom was only kept for tradition as the laws of the Princedom made every citizen under Fenn equal to one another except for House Tundrak, the leading family of Fenn. The three Great Houses were the ancient houses of Tundrak and Atmorice, followed by House Drakon- a cadet house of House Tundrak. House Sylric came in as a Lower House. The late Lords were Prince Aelthir Tundrak, Lady Serelia Atmorice-Tundrak, Lord Laen Drakon, and Lord Alduin Sylric.

The Snow Elves were a very progressive and open minded people. Education and equality was the main priority of the Princedom. Gender and race did not come into any factors inside the Citadel as all citizens were protected by the laws. It's clear to see the Mali'Fenn military activity inside the citadel itself. Men and women joined the military and could start training at the age of 15 to become an officer and enter battle by the age of fifty. People living in the Citadel lived comfortably in pre-furnished rooms, and were able to take any jobs from kitchen staff to university professor. Snow Elves and the citizens of the Citadel trusted the government to guide them, but were allowed to freely speak out of or against the government. The Grand Council listened to the citizens and made laws or change depending on what they saw as best for the citizen. Democracy was looked down upon as they saw it as a majority of the people disregarding a minority, therefore complaints were given to the council directly and they were to act on them. Decorating your body was a common thing in their society. Tattoos depicting Houses, families or the Fenn God Wyrvun were a common sight. The Mali'Fenn liked to wear non-constraining clothing, usually with shorter sleeves. The community in the Citadel was very close together. Asking the Council for materials or tools was not unheard of- in fact it was encouraged. The citizens of the Citadel liked to take care of eachother because at many times in the history of the Princedom, the only people who backed them up were eachother.

Mali'Fenn and citizens of the Citadel took laws very seriously. Breaking the laws of the Princedom was the worst insult to it's citizens as the Citadel was seen as the sacred lands of Wyrvun. Criminals could and would be kicked out and blacklisted from the Citadel. Agression of any kind towards citizens of the Princedom was to be met with a swift execution by the Ivae'Fenn under the commands of the Grand Council. The Mali'Fenn created laws to protect it's citizens against prejudice and harrasment. The Grand Prince was the ultimate law in both the Princedom and the religion. The basic things that were illegal in the Princedom included stealing, murder, and assault. Being so open minded, the Princedom allowed it's citizens to enjoy what ever life had to offer. They kept the regular anti-discrimination laws and child protective laws against anyone under the age of fifty for Elves, and under the age of 18 for the other decendants.

The Ivae'Fenn was the official military of the Citadel and the Princedom of Fenn. It was a very strict organization that expected only the best of it's soldiers. These brave men and women trained in fighting from a young age and were expected to always be ready to fight if the Princedom was in any sort of danger. Conscriptions could be called by the Grand Council during times of war for able men or women over the age of sixty for Elves, and twenty for the other descendants. Soldiers in the Ivae'Fenn were seen as heroes and were respected in society for taking up the task to protect and guard the Snow Elves from those who wished them harm.

The citizens of the Citadel enjoyed what life has to offer. They feared no attackers and divulged in expensive jewelry, tattoos, and food. Lavish parties were held for citizens only, outsiders being denied entry into the Citadel during these times. Education was very important, history and language were taught to children from a very young age. Castillian, the Snow Elven language could be heard used alongside common. Mali'Fenn cared much for what they looked like and what they were wearing. Gold adorned armor and dresses were worn by most people, from the Grand Prince to the kitchen staff. The Grand Council under the Grand Prince was the authority of the Princedom and was highly respected. There was no hierarchy for the Princedom, only the government, the people and the military. They were the three pillars of the Princedom working together in order to maintain and keep the Princedom alive and well.