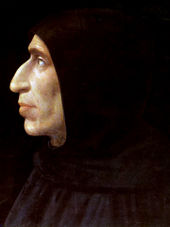 Charles Henry Horen (21st of Malin's Welcome, 1460 – 4th of Snow's Maiden, 1533), known alternately by the names of the Old Pretender and Brother Polycarp, his monastic epithet, was the father of John I and husband of Clara de Sola. He is most well known for his leading part in the Horen Restoration.

The son of Prince John of Marna (The rightful heir to the Aeldinic Empire) and therefore the grandson of Horen I, Holy Orenian Emperor, for the better part of his life Charles Henry was the Horen dynasty's most ambitious and notable claimant, notoriously making several unsuccessful attempts to seize the thrones of Oren and the Aeldinic Empire. After the birth of his son, his efforts would eventually result in his exile to the court of King Andrew of Oren in the last years of the 15th century, where the prickly king forced him into a monastery under the name 'Polycarp' so as to nullify his claim. He would never actually achieve a throne for himself, though his plotting against the incumbent Savoyard dynasty of Guy de Bar would see his son take the throne and restore the Holy Orenian Empire.

He is notable for creating the original Nauzica Brigade in the service of the usurper Emperor of Aeldin, who he later unsuccessfully revolted against. Charles Henry had two elder daughters by a previous wife before his marriage to Clara de Sola, however this wife would be mysteriously assassinated, the fate of his daughters varied.