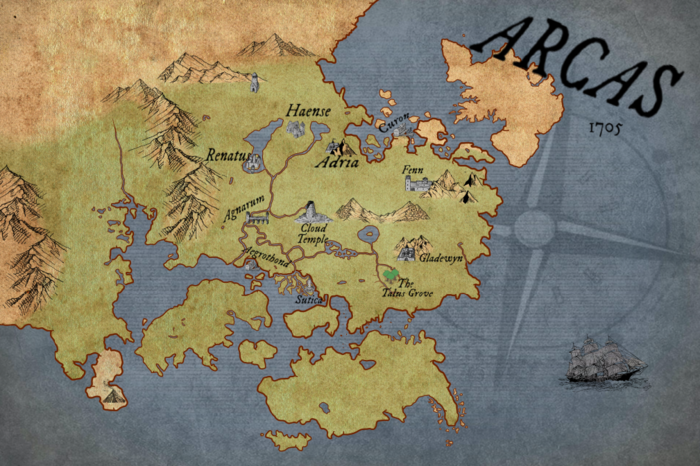 "The Map of Arcas"

Arcas (FA 1705 – SA 0) is a peninsula blocked off from the rest of the world by a large ice wall in it's north and a vast mountain range spanning it's north and northwestern region. The southwestern coast is lined with smaller islands and large plateaus can be found along most of the eastern border. A great mountain circles the Cloud Temple which is located close to the center of the isle. The Descendants had traveled to Arcas from the previous realm of Atlas.

Nestled within the valley in the middle of Arcas is the home of the Wilven Sanctuary Monks, a place of peace for every denizen of Arcas.

Multiple Voidal Tears are scattered across Arcas' mainland and it's nearby islands.

Below you can find a list of current and previous nations of Arcas. Some are associated with a Nation, whereas others are independently governed cities.