Difference between revisions of "Almaris" 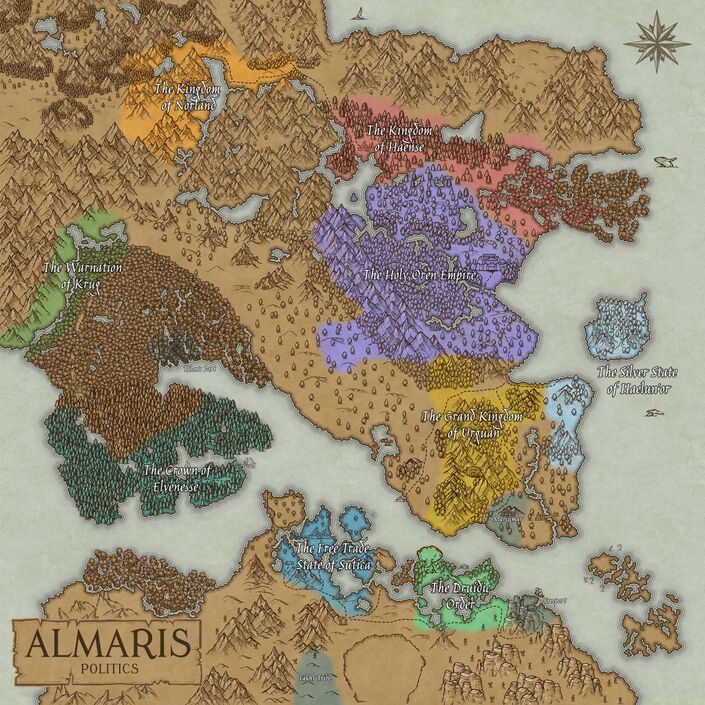 Following the catastrophes from Arcas, the descendants took on their boats in a quest to find new land. With a them taking a break on some isles, they've returned to their boats with the hope of finding the new promised land. And so it was, that the descendants sailed to a new continent, starting the Second Age in their history.