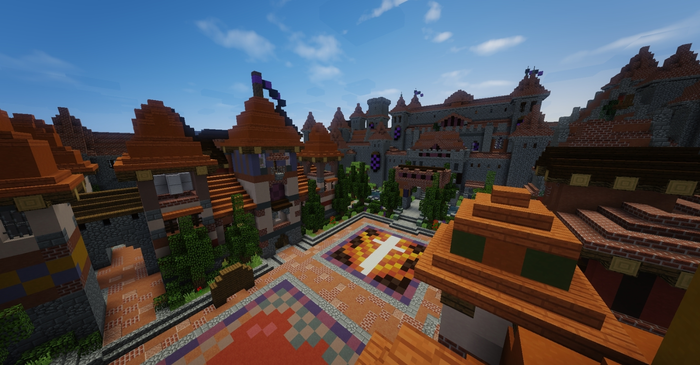 Adelburg was the second Capital of the Holy Orenian Empire, replacing Johannesburg. It was built to replace the old capital of Auguston, located in the swamp lands of Mardon. It can be speculated that it was constructed by Peter II, Holy Orenian Emperor, to come closer to the older more prominent ruined capital of Johannesburg. The city was the main settlement of the Sixth Orenian Empire and mostly inhabited by Humans, though many other races have settled there, most prominently Elves. However, near the end of Axios, a man called Canonius launched a coup of the city, killing then emperor John VI and seizing control of the city. For the remainder of the city's existence, it would lay in the hands of the Crown of Renatus-Marna.

Adelburg was constructed on the orders of Peter II, the second Emperor of the sixth Empire. It was completed in 1622 and saw its grand opening on the 15th of the Deep Cold. It's construction came a few years after the reformation of the Holy Orenian Empire. The completion of the city signified the official rebirth of the Imperial state, attracting many who had once spread across the human lands back to a central hub for the Empire. However, it soon became evident that Adelburg could not live up to the expectations set by Johannesburg. The city did not reach same population, nor did it remain long as a hub for commerce and communication among people. The city hit a new low when Peter II passed down the throne to his son John VI. Following this the city became somewhat of a ghost town, when rarely a citizen could be found out on the streets.

The last time Adelburg would be prevalent within Axios came with the Coup of Adelburg. A man by the name of Canonius led a group of men into the city, that clashed with Orenian and Hanseti forces, which resulted in the deaths of the Orenian loyalists, the death of John VI, Holy Orenian Emperor, and the dissolution of the Holy Orenian Empire. Following this, Adelburg would become the capital of the Crown of Renatus-Marna, from which they would launch the Third Crusade against the Kingdom of Norland.

Adelburg sits just north of the docks of Tahn and can even be seen from the ships on a clear day. Its location is prime for economic activities due Adelburg's proximity to the docks in addition to the centralized nature of the city on the large island of Tahn.

Notable Localities within Adelburg include:

Under the Holy Orenian Empire, there was no municipal government present. The city was ruled directly by the Imperial Administration, the Seneschal making the most decisions within the city.

Following the Coup of Adelburg, the city fell under the direct rule of King Canonius.

Following the Coup of Adelburg, this military body was scrapped and replaced by a different body of the Reformed Kingdom of Renatus.

The Adelburg Constabulary acted as the lawkeeping organization of the capital and the surrounding farmlands. Established along with the founding of the city, the group prided itself on preventing crime in the streets with a nonviolent approach if possible. The Constabulary was closely tied to the Imperial Government with the Lord Constable being selected by the Emperor himself.

Members of the Constabulary received 75 minas every Saint's Week as reparations for their service. Additional income was earned by receiving awards for notable actions in the line of duty. A Constabulary Footman could be recognized by the purple and black color scheme of their uniform and chestplate markings. Officers donned a lackluster but easily recognizable dress uniform with additional pieces to indicate accolades and rank. 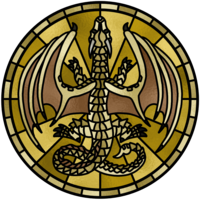 The official religion of the Holy Orenian Empire is that of Canonism.